skip to main | skip to sidebar

I've been wanting to take this off my chest, to tick off my to-blog list for quite a while. I believe it was 2 months back, where I bought this bottle of Mo Far Kor, some preserved fruit from Cheers Supermarket near my office.

I haven't the slightest clue what it was made of back then, I definitely tried the "older" more "ancient" version of it. And when I picked up that blue cap bottle sitting on a shelf together with other bottles of preserved stuff, it was the first time I read the ingredients. It says "Figs, Papaya, Sugar, Salt, Citric Acid, Permitted Preservatives" and is a product of Malaysia.

Before I continue, the main purpose of blogging this is because I wanna leave a piece of "cyber" heritage out there in the cyberworld... for fear than in the near future, this hmm... how should I call it... delicacy becomes "extinct".

Back in the 1980s, I used to eat it quite a lot, though I didn't know what it was. It used to come in little packets, then it came in bigger packaging bottles. And finally, fast forward to present day, it's like "MFK (Mo Far Kor) Bottle 10", similar to the nomenclature of Samsung Notes (by size). Yup, I measured it alright, the bottle's 10cm tall, including the blue bottle cap, about 6cm wide. It weighs 80gm and cost $2.35.

Calculating it, despite the smaller bottle costing 50cents and which appears to be a better deal, if you multiply it by 8, it would amount to $4, which would make it $1.65 more expensive than the MFK 10. Then again, it's not that accurate because the bottle sizes are different, which also means they have different weights, which also means it's not exactly 8 times more for MFK 10.

Now that we've, ok I have thoroughly examined it's packaging, let's move on to the design.

MFK 10 sure looks more plain, and less characteristic of MFK 7.2 with its distinctly "uncle face" packaging. It brings back nostalgic memories, and was almost convinced there's no way of buying the old packaging until I came across it at City Square Mall, top floor where the Rooftop Kopitiam is. There's a push cart there which sells those "ancient" nostalgic sweets we used to have back in the 1980s. I also saw a rectangularish "Doraemon" chocolate box, which features a rather "pirated" looking Doraemon, and looks nothing like him, more like his evil twin. But I recall the soft biscuit filling which holds quite the bite.

Anyhows, back to MFK.

The old bottle, MFK 7.2 has a rojak-style description. Chinese words on the front, Uncle's face at the back with Malay words, and the ingredients are in both Malay and English. Truly rojak. So much so that I had to seek my colleague's help to "decipher the coding" on the bottle. A special thanks to my colleague Nazhar Bin Anuar (haha, bro, as I said, full credit of the translation goes to you! if you ever read this post that is...)

The literal translation means "Mo Fa Kor is a traditional product that is produced through a process which is modern and clean. It contains herbal ingredients and "kamcu" that helps to reduce sore throat and bad breath. It also lightens the problem of headaches while in a journey."

Well... it's a little ambiguous here... I have no idea what herbal ingredients are being used... and as for "kamcu", am unable to find out what it means exactly. But it sure does sound miraculous that it reduces sore throat, bad breath and headaches... all in a salty bottle of who knows what its made of. 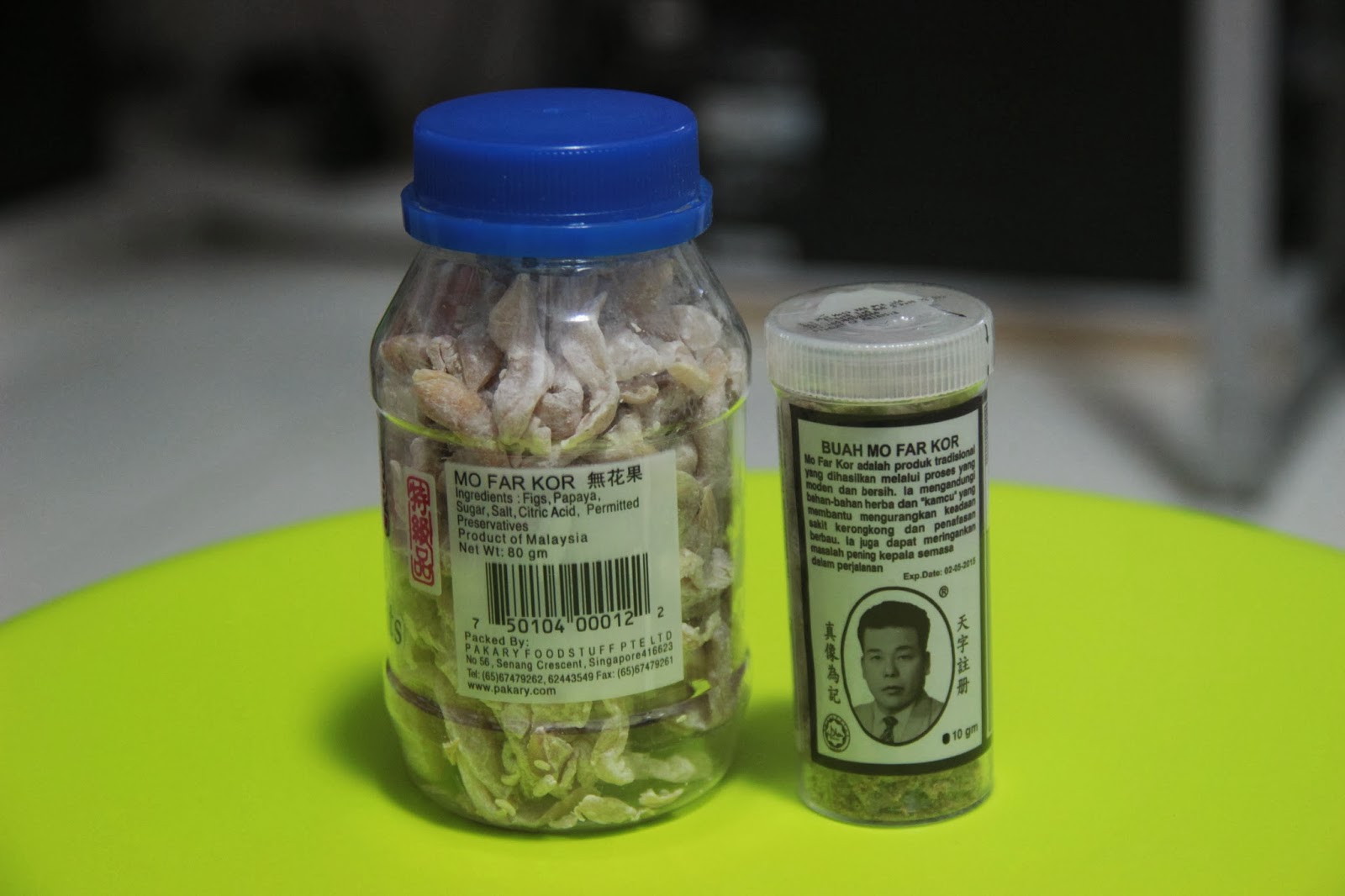 Mo Fa Kor is a kind of food which looks like a smoothened out grenade. Apparently it's a Cantonese dialect which translate to "fruits without flowers". Based on someone else's blog (one of the top searches if you search for Mo Fa Kor on google) you can cook it and is supposedly good for clearing your bowels. The inside of the fruit is spongy and white, which makes me wonder if MFK 7.2 was actually made of Mo Fa Kor instead of Papaya and Figs...

Newaz, MFK 10 packs more of a bite. It's bigger in size, looks more whitish and smells sweet. It was highly addictive, I couldn't stop popping the strands into my mouth when I first bought it... and had to pace myself to ensure er... a prolonged pleasure (it sounds wrong but what the heck).

As for MFK 7.2, it's smaller in size, looks more blackish and smells dull, almost flat. Salty. I remember one of the greatest complain I have of it is the bitter, disgusting seeds laying at the bottom of the bottle, which always forces me to throw the bottle away sacrificing several "leftover" bits but which I couldn't bother with sorting out. MFK 10 doesn't have much a problem with that, with only a few bits of bitter "leftovers". It packs less of a bite, mainly because it's so small, so the best way to eat it and enjoy it is to put a chunk of it into your mouth.

MFK 10 creates more satisfaction individually, by that I mean eating the strands individually.

The aftertaste for MFK 7.2 is more unique, it almost feels powdery, like eating the the meshed-up version of this round bitter brown stomach pills called "Bao Ji Wan" - but of course MFK taste much nicer.

Both leaves me equally thirsty after eating it, more so for MFK 10.

Since I'm not suffering from any sore throats, bad breaths or headaches, there's no way to validate that claim. And I'm keeping my fingers crossed that MFK 7.2 isn't made of the MFK fruit itself, which would mean I'll prolly wake up in the middle of the night to air strike my toilet bowl since I'm eating chunks of it now while typing this post.

I believe that's all there is to it. Let's just hope this Mo Far Kor delicacy will stay in years to come. Who knows, eldest brother MFK 20 might just come along in the near future...

Ps.: I have wondered who the man is on the face of MFK 7.2, but I'm sure he's one of the pioneers who came up with the product, Malaysian, since the product seems to originate from there. So I guess I'll leave this last "homework" for those of you who's curious enough to uncover his identity... 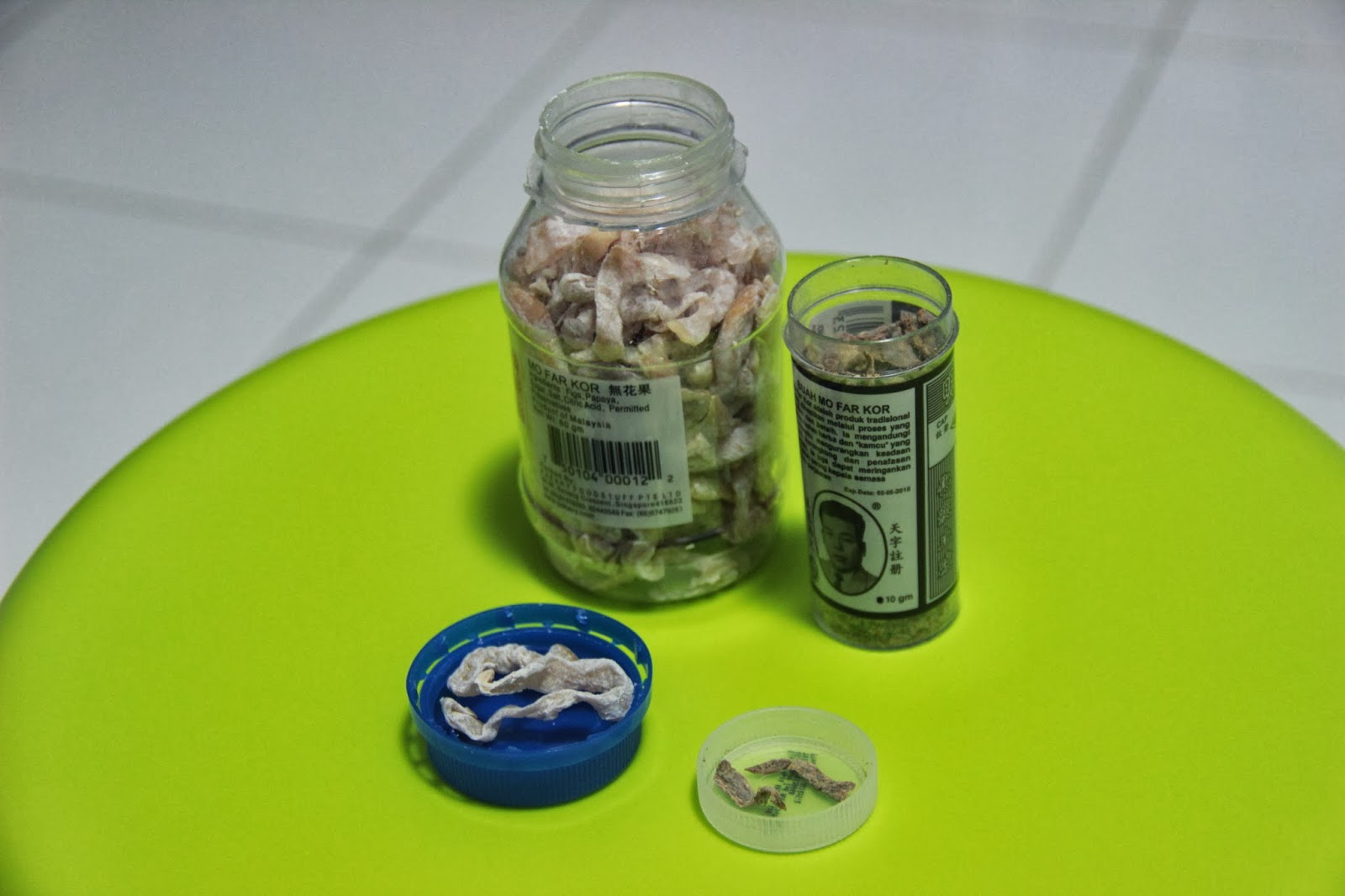 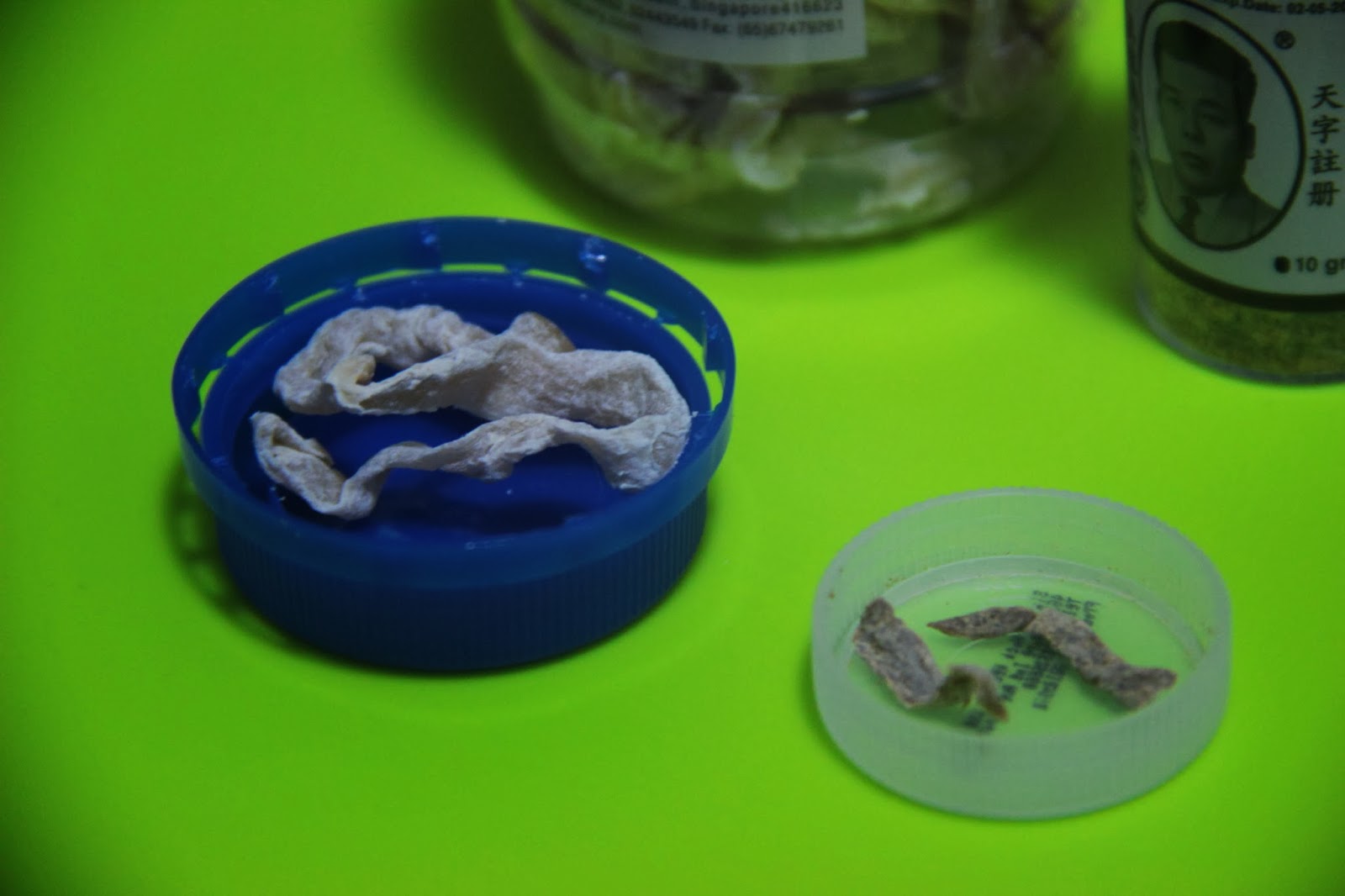 Hello! Very excited to have found this blog post! I was just wondering about these amazing snacks that I've recently come across. I'm so glad others share the same liking for this almost extinct preserved snack. I personally love MFK 7.2 more than 10 (as described by you)!!! It's so difficult to find them nowadays.. I hope they never stop in production! SO ADDICTED!

Mo Fa Kor.....helped me in many travels....especially in in India...where indigestion is a common problem in winter. I can say its a medicine rather than just asam...